The store will not work correctly in the case when cookies are disabled.

5% OFF the WHOLE Store

Skip to the end of the images gallery 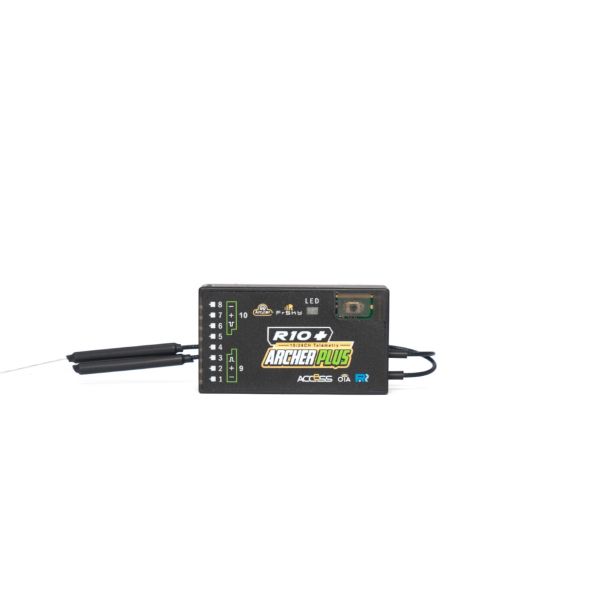 The Archer line of receivers has been enhanced further with the addition of the new Archer Plus Series.

The Archer Plus Series receivers include some new features. Firstly an enhanced anti-RF-Interference capability can offer a more solid RF performance, and this is in addition to existing anti-interfere performance in the spark ignition process. These Plus series receivers are also with both ACCESS and ACCST D16 modes, where the RF protocol is smart matched during the binding process on the radio. With the Black-Box function ready, some basic flight data (like Power & Signal related) can be well preserved.

The R10+ receivers have 10 configurable channel ports, each channel port can be assigned as PWM, SBUS, FBUS, or S.Port. The R10+ can be used as a Primary receiver in a redundant solution by setting a port as SBUS In and connecting to any other FrSky receiver equipped with an SBUS Out port. With the FBUS protocol, the Archer Plus series receivers can open up the possibility of seamlessly pairing with multiple telemetry devices (XACT servos, ADV Sensors, etc.) as well as simplifying the builds setup. This receiver also supports full-range signal strength with dual detachable antennas and guarantees optimal antenna reception and range.

Reviews
Write Your Own Review
Only registered users can write reviews. Please Sign in or create an account
Related Products
Check items to add to the cart or 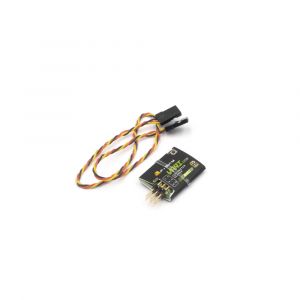